Welcoming Our Students Home After 65 Days at Sea 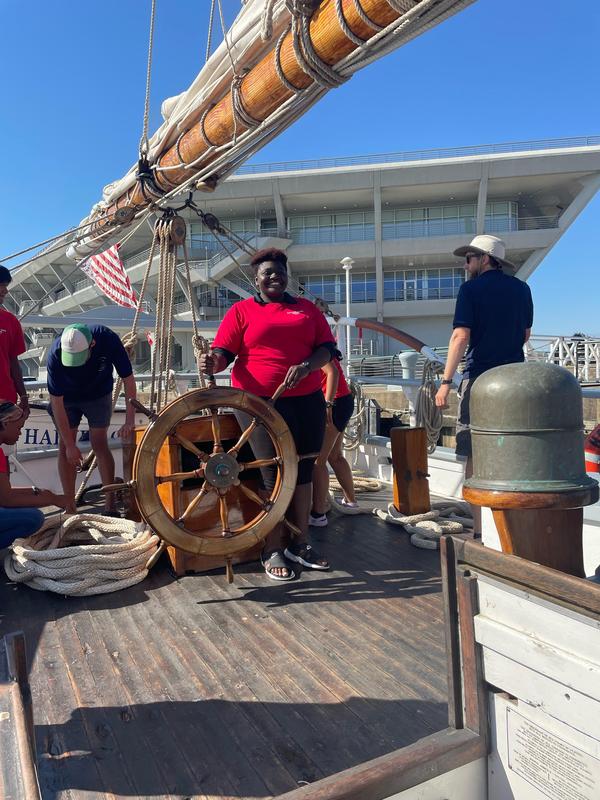 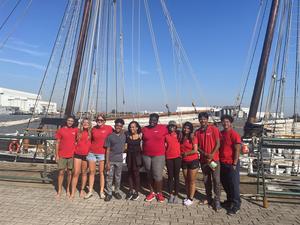 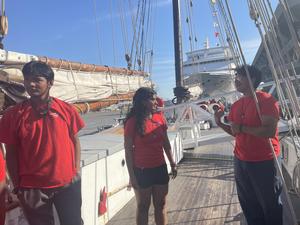 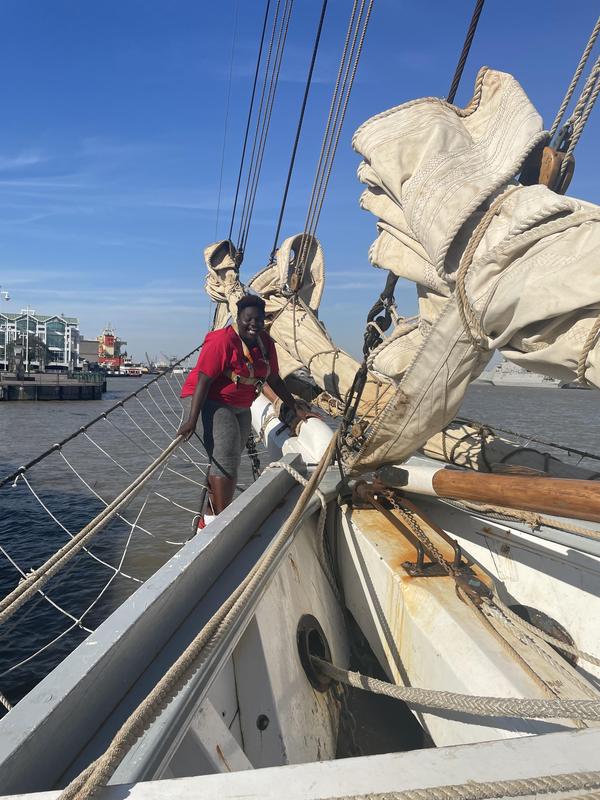 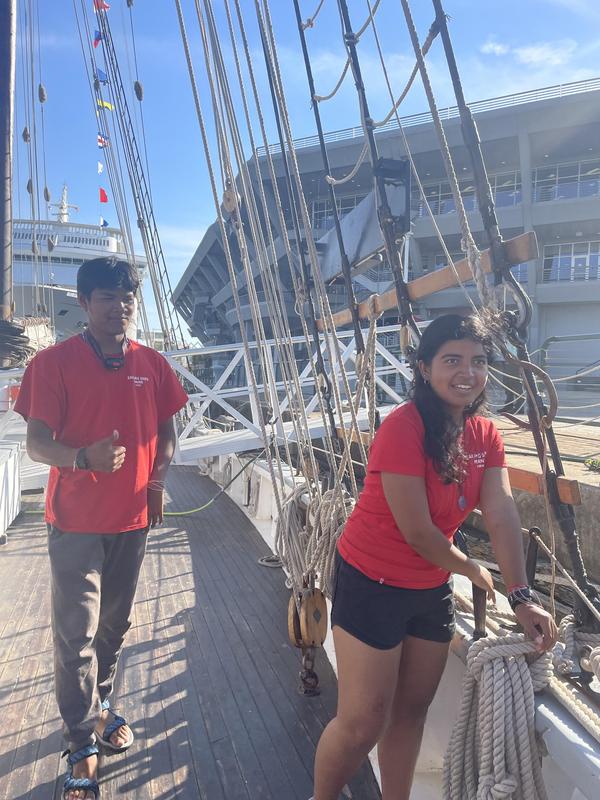 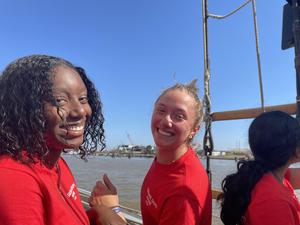 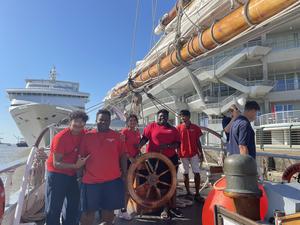 At the Met, we’re getting ready to welcome back a small group of students who have spent the last 65 days at sea aboard Sailing Ships Maine’s schooner Harvey Gamage. For almost 50 years, the Harvey Gamage has been a classroom for students interested in sail training, but this voyage was very different. In partnership with Big Picture Learning, Sailing Ships Maine set out on a journey to explore civil rights.

Met students and students from Proctor Academy in New Hampshire set sail from Charlestown, South Carolina, on January 5, 2022. The voyage took the students through the Bahamas, Florida Keys, Gulf of Mexico, ports of call in Key West and the Dry Tortugas and ended in Mobile, AL. While onboard, the academic curriculum explored the mathematics of navigation, written communication, and the science required for vessel operations. Meanwhile, students deepened their leadership skills and were open-minded and productive citizens.

During their voyage, students’ sail training presented them with the challenges of continuous watch rotation and the complete operations of the ship alongside the professional crew. They learned the scientific principles of meteorology, oceanography and marine biology, and the history of the region. The history curriculum, Hope and Heritage, Freedom and Resistance, Migration and the Sea: An Exploration of Civil Rights and the African Diaspora at Sea, included the book Black Jacks, African American Seamen in the Age of Sail, by W. Jeffrey Bolster, a book inspired during one of Bolster’s voyages as Captain of Harvey Gamage.

When Harvey Gamage arrived in Mobile, the students met with members of the Africatown community founded by descendants of the schooner Clotilda – the last known slave ship to bring captives from Africa to the United States.  The Clotilda voyaged to Benin, West Africa, in 1860 and returned that summer with 110 enslaved people, more than 50 years after the slave trade had been banned by Congress through the Act Prohibiting Importation of Slaves on March 2, 1807.  The long-lost wreck of the Clotilda – now physical proof of the crime -- was discovered in 2018 at the bottom of the Mobile River.

Sailing Ships Maine’s Executive Director Alex Agnew notes, “Schooner Harvey Gamage has hosted educational experiences for thousands of student trainees throughout its history, and we are delighted to serve as her current custodian. The ship is in excellent condition– thanks to loving owners and the expertise of hard-working crews. This partnership with Proctor, the Met and Big Picture Learning would have made Sailing Ships Maine co-founder Bert Rogers and Proctor’s Ocean Classroom Co-Founder Dave Pilla smile to see the tradition they started continue and evolve with now two semester programs operating to offer experiential learning programming at sea.”